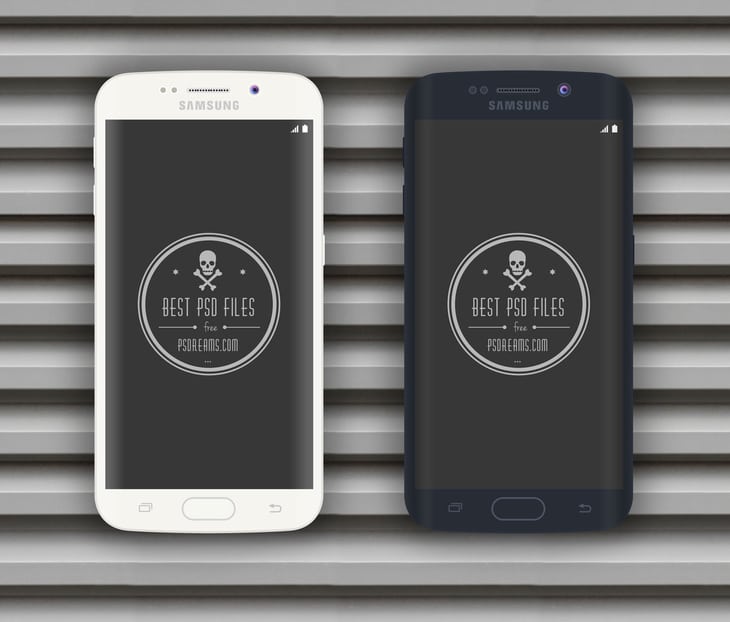 Samsung is certainly killing it in the Android community with their latest additions to their roster. They have even managed the rival the specs and technology of iPhones– something that they have been trying to do in the past. Now, the Android crown belongs to Samsung and their flagship phones. Some of their non-flagship phones are also quite good and comparable, such as the Galaxy Edge. So make sure that people know this fact about the Samsung devices with the help of the Black Plus White Samsung Galaxy Edge Mockup.

This mockup features a nice and contrasting pair of Samsung Galaxy Edge smartphones. One comes in black and the other in white as the two official colors of the said technologically appealing phones. You can choose to change a lot of the details of the mockup depending on your preference. The Black Plus White Samsung Galaxy Edge Mockup is perfect for your branding, client, designer, identity, and business.