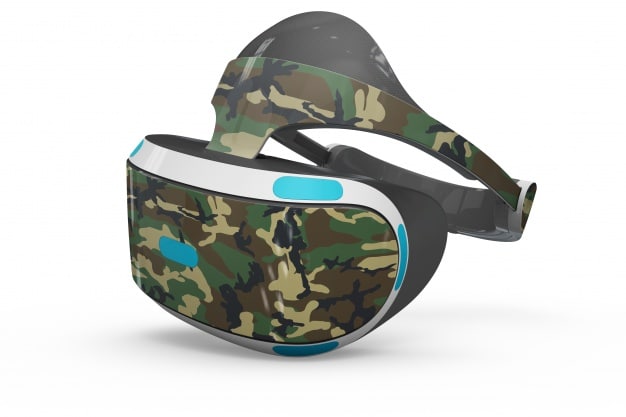 Virtual reality is the near future of gaming and pretty much other forms of entertainment. The idea that you are able to see something with your eyes as if you are there can make a world of difference in how we entertain ourselves. At the moment, it is still in its infancy stage with VR headsets. So not much support but it will soon be all the rage. So make sure that people see just how awesome VR technology can be with the help of the Military Style VR Headset Mockup.

This mockup features a nice and modern scene involving a VR headset. The VR headset is also presented in a military fatigue theme. But it has all the makings of the most advanced VR headsets. You can choose to change a lot of the details of the mockup too. The Military Style VR Headset Mockup is perfect for your branding, client, designer, identity, and business.