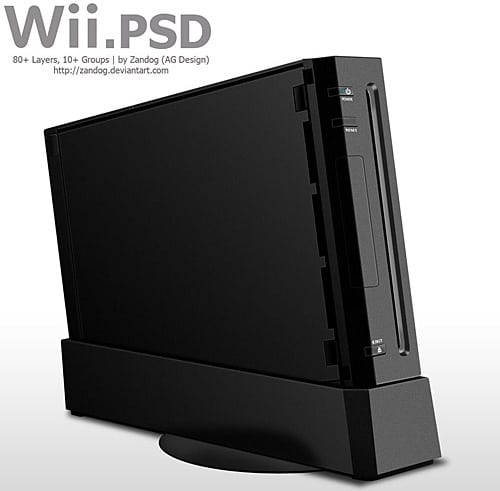 Nintendo has a solid reputation in the gaming community as one of the most reputable developers ever. Not only that, they also make console devices for gaming. They are just as popular as the games they make– if not more so. Hence, one of their awesome inventions ever is the Wii which encourages players to also stay fit while gaming. So make sure that a lot of people come to appreciate the Wii more at least digitally with the help of the Nintendo Wii Console Design Mockup.

This mockup features a nice and modern scene involving a Wii. The said Wii console comes in a black color and appears to be the standard model with the disc slot on the side and the signature upright appearance. You can choose to change a lot of the details too. The Nintendo Wii Console Design Mockup is perfect for your branding, client, designer, identity, and business needs.