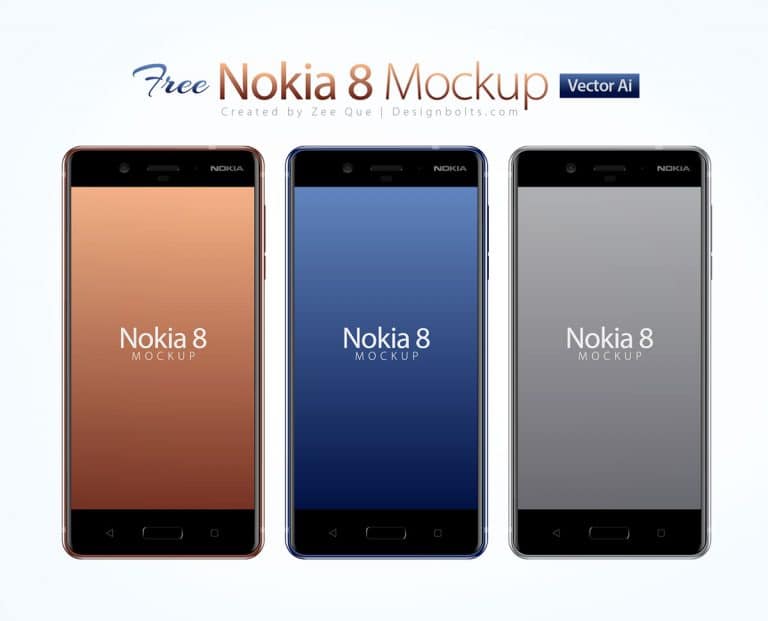 Who would have thought that after years of poor sales form their deal with Microsoft that Nokia would eventually cave in? The once great cellular phone giant simply could not take the strength and popularity of Android smartphones. Or even iPhones for that matter. Still, their attempt at a smartphone is quite commendable and might even give their company another chance. So make sure your Nokia Android phones are represented quite well with the help of the Nokia Android Smartphone Model Mockup.

This mockup features a modern and cool look at Nokia’s take on the Android software device. You can choose to change a lot of the details of the mockup. From the screen, the color, and even the buttons. This is what makes the Nokia Android Smartphone Model Mockup perfect for your business, client, designer, and identity needs. Especially if it is involved with smartphones. So download the mockup now!