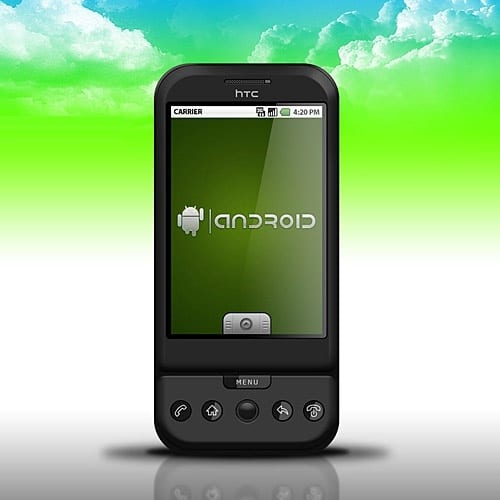 The Android smartphone has come a long way and has been around for more than a decade now. It did have one purpose during its inception that it still holds to this day. That is to compete with Apple in the phone market. It certainly held its candle well with Apple and has dominated the phone industry time and again. So make sure that you know how to remind people of how far the Android phone has come at least digitally with the help of the Old Android HTC Phone Mockup.

This mockup features a very old Android smartphone which only adults will probably recognize. It is one of the base Android phone models from HTC and it still has a small screen and physical buttons. You can choose to change a lot of the details too. The Old Android HTC Phone Mockup is perfect for your branding, client, designer, identity, and business needs.