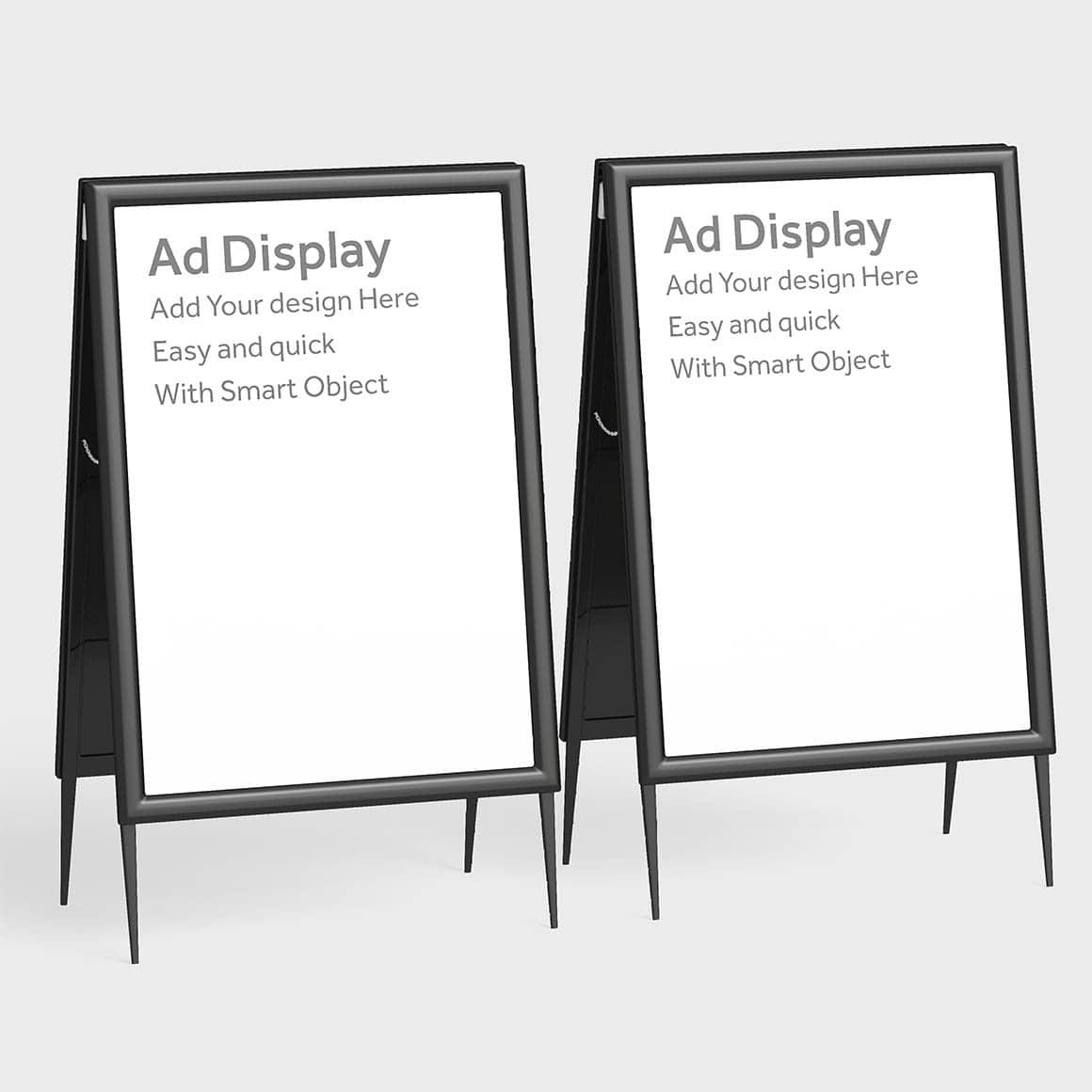 Advertisements rule the modern world right now, particularly those who live in the city. They are everywhere from television, the internet, public places, and even radio waves. They are rather ubiquitous and often powerful when utilized properly and effectively. Even if advertisements are just on simple display stands, they can be a game changer for businesses. The Physical Advertisement Display Stand Mockup can certainly help you make a good and effective advertisement even if they are just on stands. 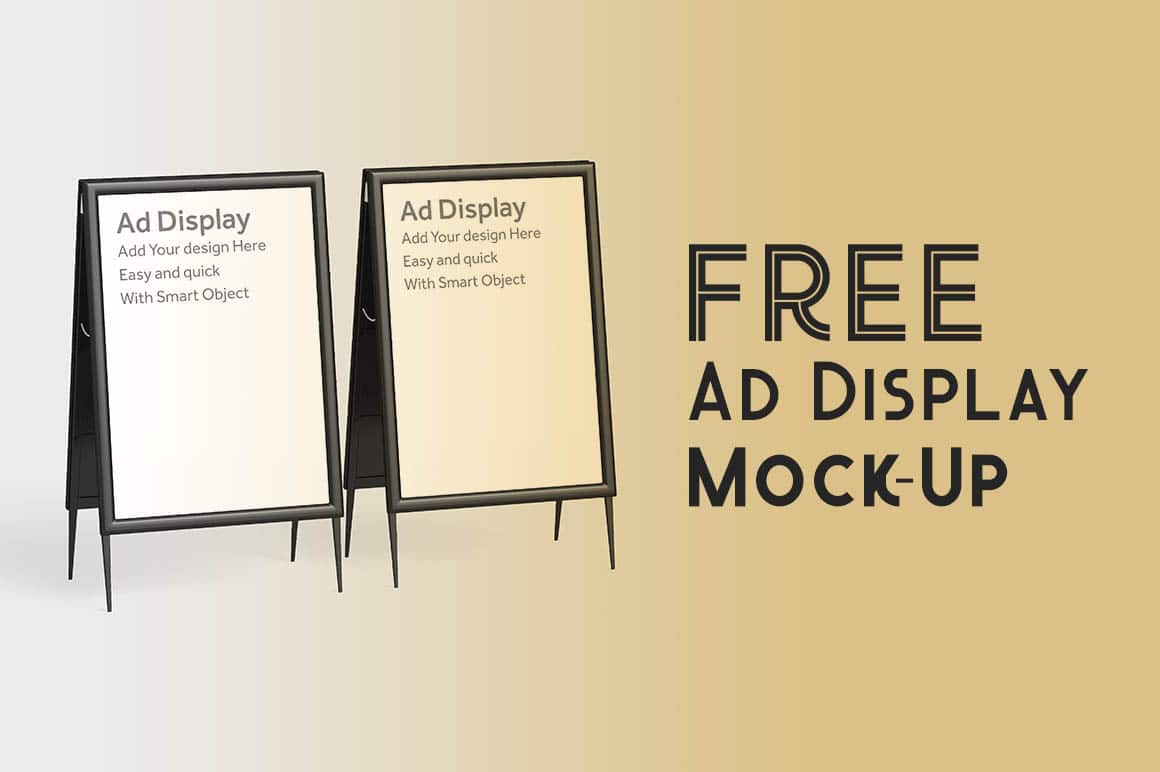 This mockup features a simple and clean but effective display stands for advertisements. They are commonly seen for a lot of business establishments which are still small in capacity and stature. Nevertheless, the Physical Advertisement Display Stand Mockup is perfect for your branding, business, identity, client, and designer needs. You can always customize a lot of the details for the scene and the stand.

The mockup also comes in a nice and flexible PSD format.