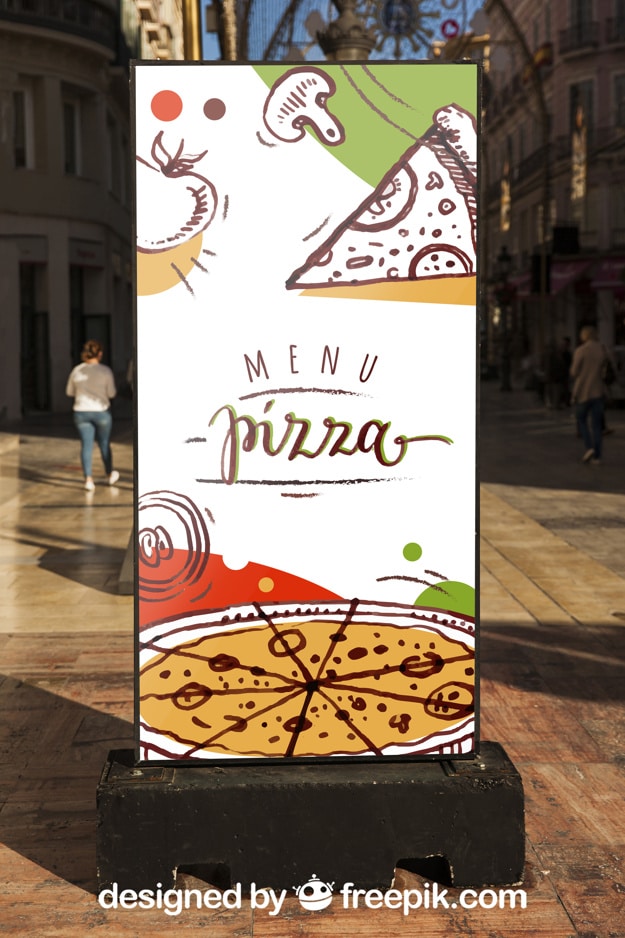 It’s not enough that people love your pizza for its taste and quality. They also have to be able to see your restaurant beckoning them from anywhere. This is where the Pizza Billboard Mockup shines. This mockup features a simple and compact billboard for promoting your pizza.

With the Pizza Billboard Mockup, you can create your own brand on your billboards. Make them truly yours and set them apart from the competition.

Also, you can now acquire the Billboard Mockup by downloading it. Additionally, the best part about this deal is that you can have the billboard mockup for free with no hidden or additional charges.

The billboard mockup comes in PSD format for easy editing with Adobe Photoshop. Moreover, you can also customize each individual detail of the mockup using smart layers since they each have one.

So download the Pizza Billboard Mockup now for free and make each slice count!