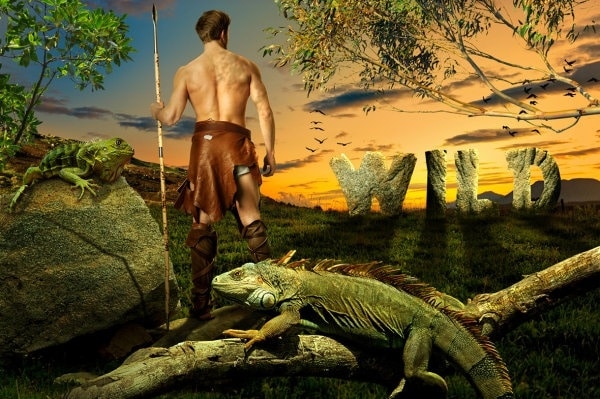 Humanity has reached a point where we are constantly losing organs which we once used before modernization. One such organ is the appendix which aided in the digestion of raw food. Back then, human beings were certainly a lot more physical and wild before everyone discovered fire and started building civilizations and planting crops. We have come a long way. So make sure that people know and appreciate how far humanity has come at least digitally with the help of the Primal Man Wild Concept Mockup.

This mockup features a nice and wild scene involving a man. The said man appears to be a wild man from the prehistoric times based on his clothing and spear as well as the setting. You can choose to change a lot of the details of the mockup depending on your preferences. The Primal Man Wild Concept Mockup is perfect for your branding, client, designer, identity, and business needs.