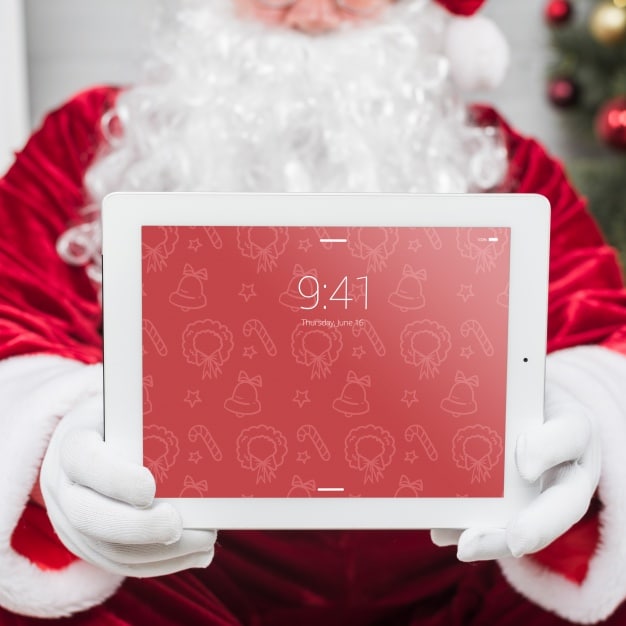 Santa Clause is certainly up there in the most memorable icons ever in the world. The thing is, he is not even real only exists in literature– but don’t tell that to children just yet. Dressing up as Santa and giving gifts can be satisfying, especially after seeing the joy in people’s eyes. That is regardless of what the gift is. So make sure that a lot of people come to appreciate the thought of Santa a lot more at least digitally with the help of the Santa Presenting Tablet Scene Mockup.

This mockup features a nice and merry scene involving Santa. Santa can be seen holding up an Apple iPad to the viewers of the scene as if ready to give it to them. You can choose to change a lot of the details of the mockup depending on your preferences. The Santa Presenting Tablet Scene Mockup is perfect for your branding, client, designer, identity, and business needs.