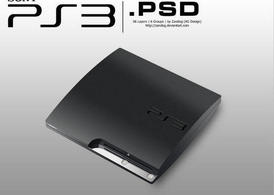 Sony is one of the best and leading electronics companies right now. They are at the top of several markets but are probably most known for their gaming consoles. That’s right, the king of console gaming, the PlayStation, now soon to have its fifth iteration in the gaming industry. Of course, they would not be as successful as they are without the gamers as well as the awesome games. So if you are dealing with PlayStations, then make sure to promote them properly with the help of the Sony PlayStation Console Mockup.

This mockup features a nice and realistic scene involving an old PlayStation 3 console. This console was the reigning king for several years and was only replaced by the fourth iteration of the console. You can choose to change a lot of the details of the mockup depending on your preference. The Sony PlayStation Console Mockup is perfect for your branding and business.