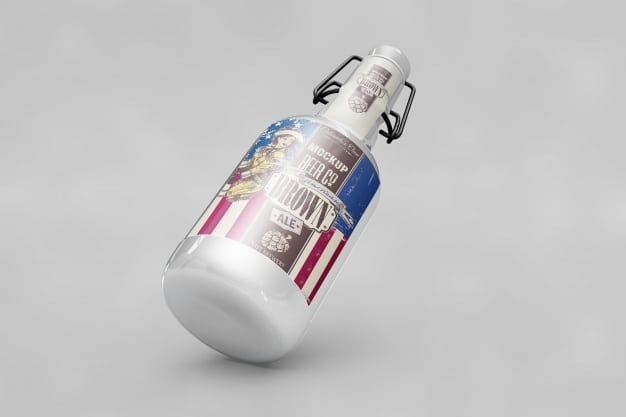 Beer is one of the things which Americans have adopted from countries like Germany. They also seem to have made their own beer culture which exudes with freedom and the American way. As such, a lot of beer brands try to cater to this mentality of good old-fashioned Americans. Hence, you might want to do this to your American beers too. So start making your beer bottles the American way using their flag and some strong brew with the help of the USA Flag Bottle Mockup.

This mockup features a nice and American scene involving a beer bottle. The beer bottle is something that can make Uncle Sam proud since it is flying the American flag colors and is also a beer bottle. You can choose to change a lot of the details of the mockup depending on your preference. The USA Flag Bottle Mockup is perfect for your branding, client, designer, identity, and business needs.