Isn’t it cool to work on a project and watch video tutorials in the same time, without loosing your productivity and focus? Jaden Geller transformed this brilliant idea into reality and created a cool Mac application for designers and developers. It’s called Helium. Here is the story behind it:

Helium is a floating browser window that allows multitask with ease. Whether it be watching television while designing or following programming tutorial as you code, Helium makes it super simple to consume content as you work. Helium windows support customizable translucency and do not intercept mouse clicks while translucent—your content never gets in the way of your work. When you want to interact with the browser again, just click the icon in the dock and you’re back in control.

I built Helium out of annoyance of having my Hulu window always fall behind my code. 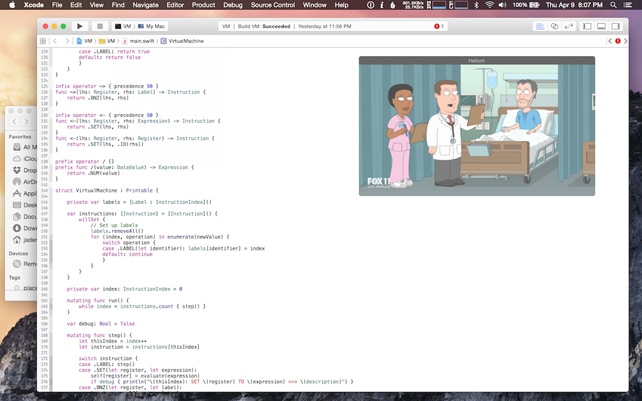 Without an external monitor, multitasking on a laptop can be a struggle. Being familiar with building apps for OS X, I realized how simple it would be to create an application that never falls behind the rest. In fact, most of the difficulty was in design choices—when should the app be “clickable,” how should the user navigate, etc—rather than the coding. I released Helium app on GitHub, and its popularity has been very exciting! It’s been featured on Business Insider and has topped Product Hunt’s charts—not too bad for an app I hacked together in just a few mere hours!

Thanks Jaden for this awesome app and waiting for new features!