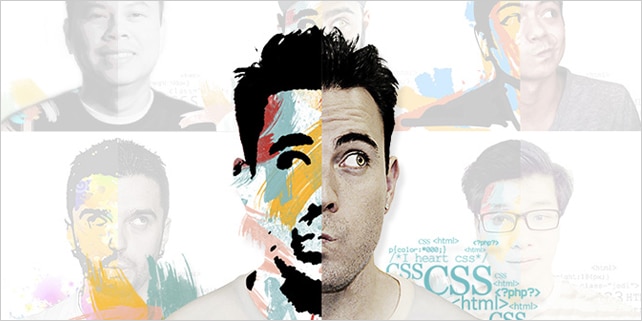 If your works are copied or plagiarised, they’re probably popular and you’re probably a trendsetter. This happened with the website of Adham Dannaway – a UX/UI Designer and front end Developer from Sydney, Australia. He has created beautiful, intuitive designs for big names like Freelancer, Campaign Monitor, Petra Capital and others.

The story starts like this: being a young designer who also likes to code, Adham decided to create his 1st portfolio website. He wanted to emphasize his design and coding skills and came up with an excellent idea. He would split his face in half: one side would represent his creative design skills and the other would display his coding ability. 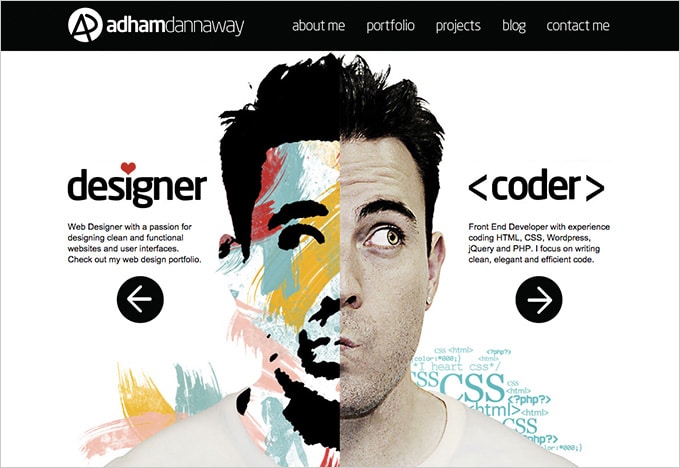 The launch of his portfolio website was a huge success, it was featured in all major web design publications around the world. Everyone liked the concept and many designers were inspired to redesign their own portfolio websites. However, some of them have taken their inspiration a little bit too far.

Lots of designers were copying the idea an launching similar websites (some of them even copy/pasted the code from the original site).  Here are some examples: 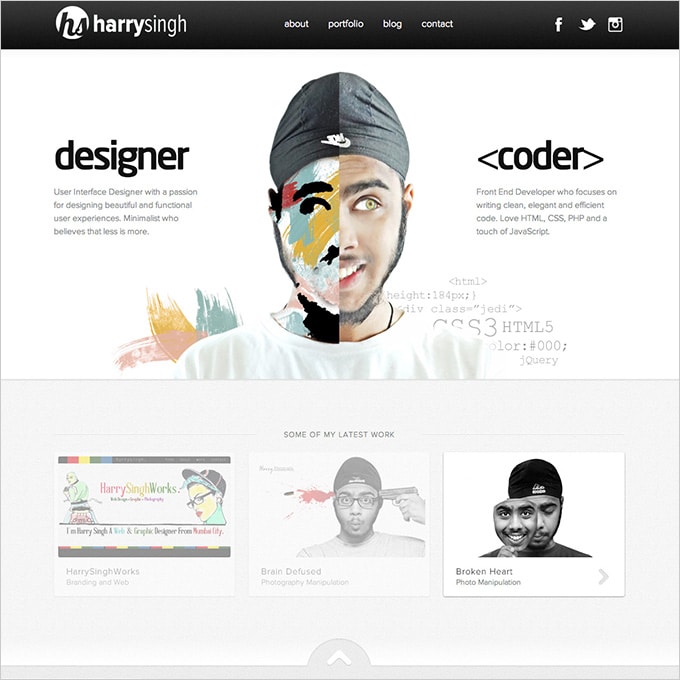 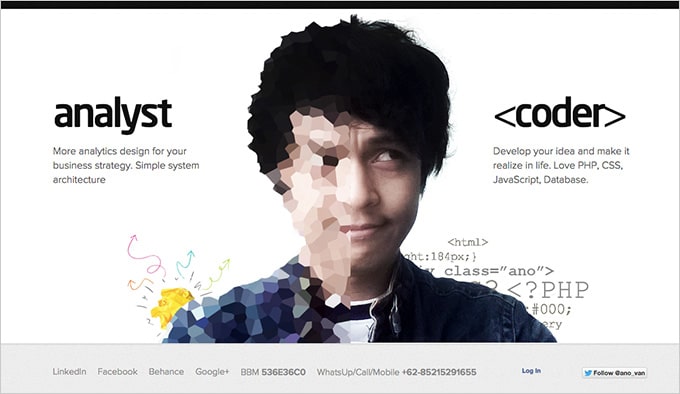 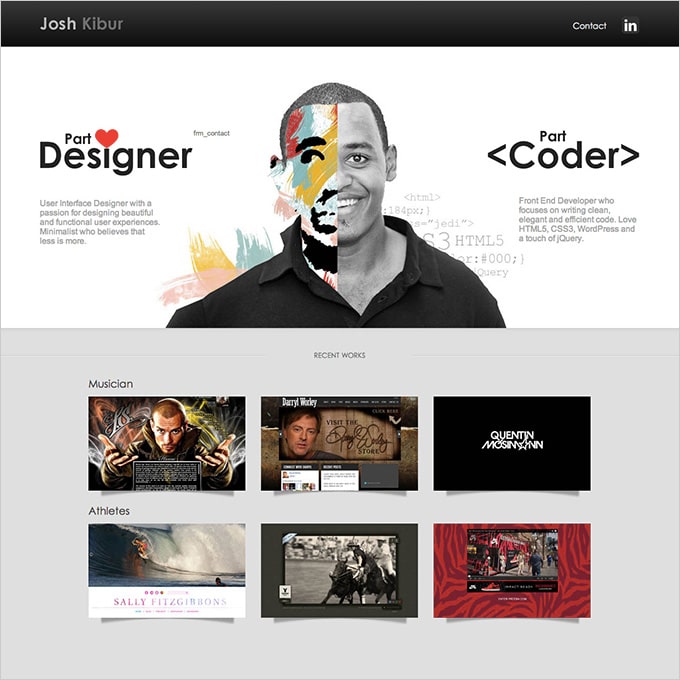 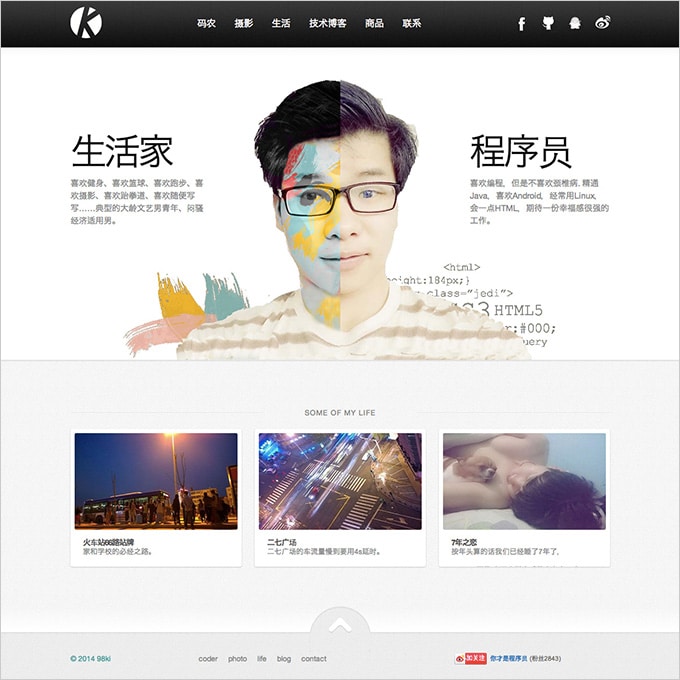 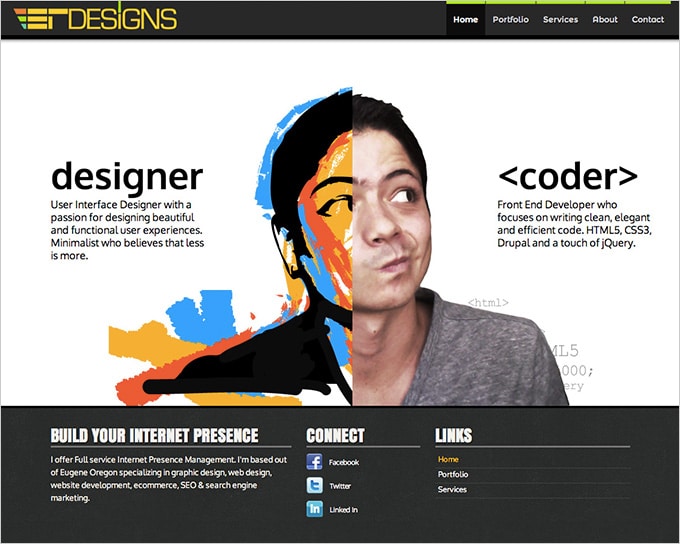 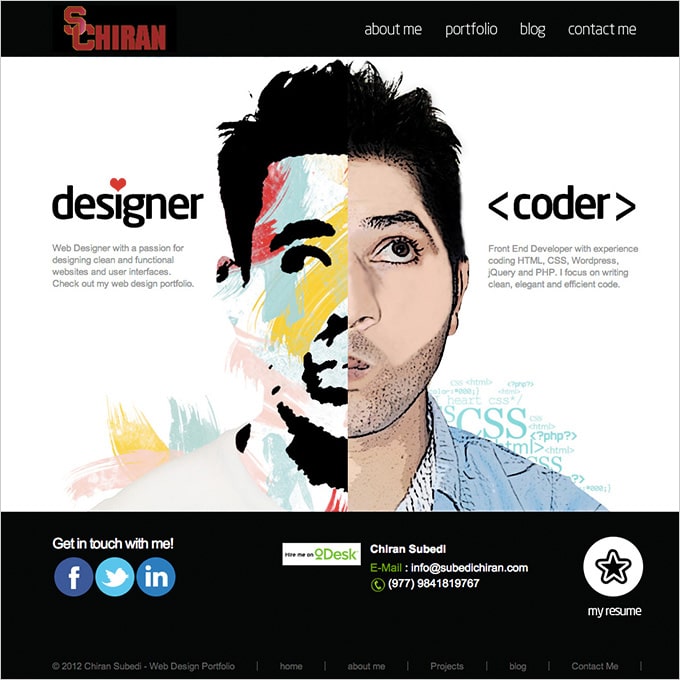 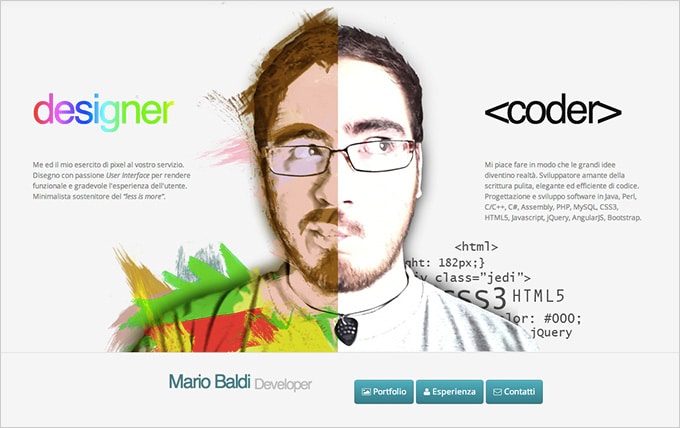 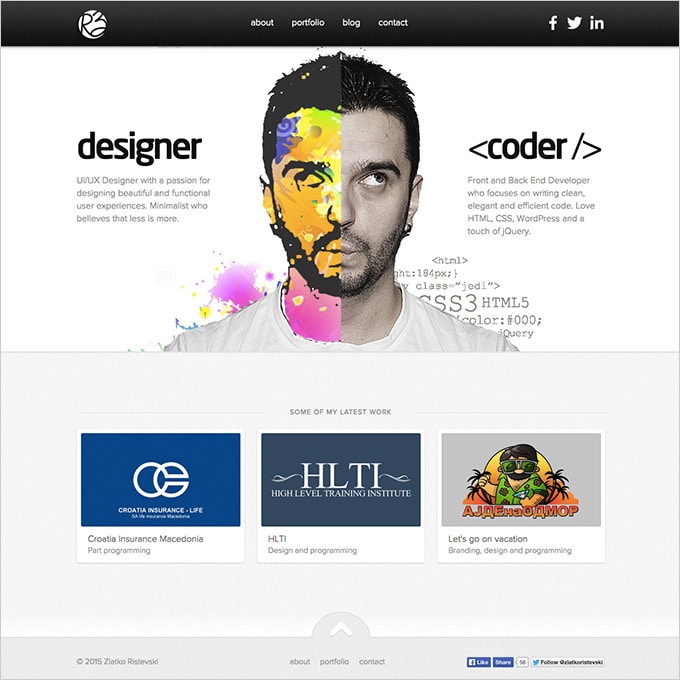 Do you feel flattered or offended when someone copies your design works? Let us know!